Show Your Spirit & Support Our Troops 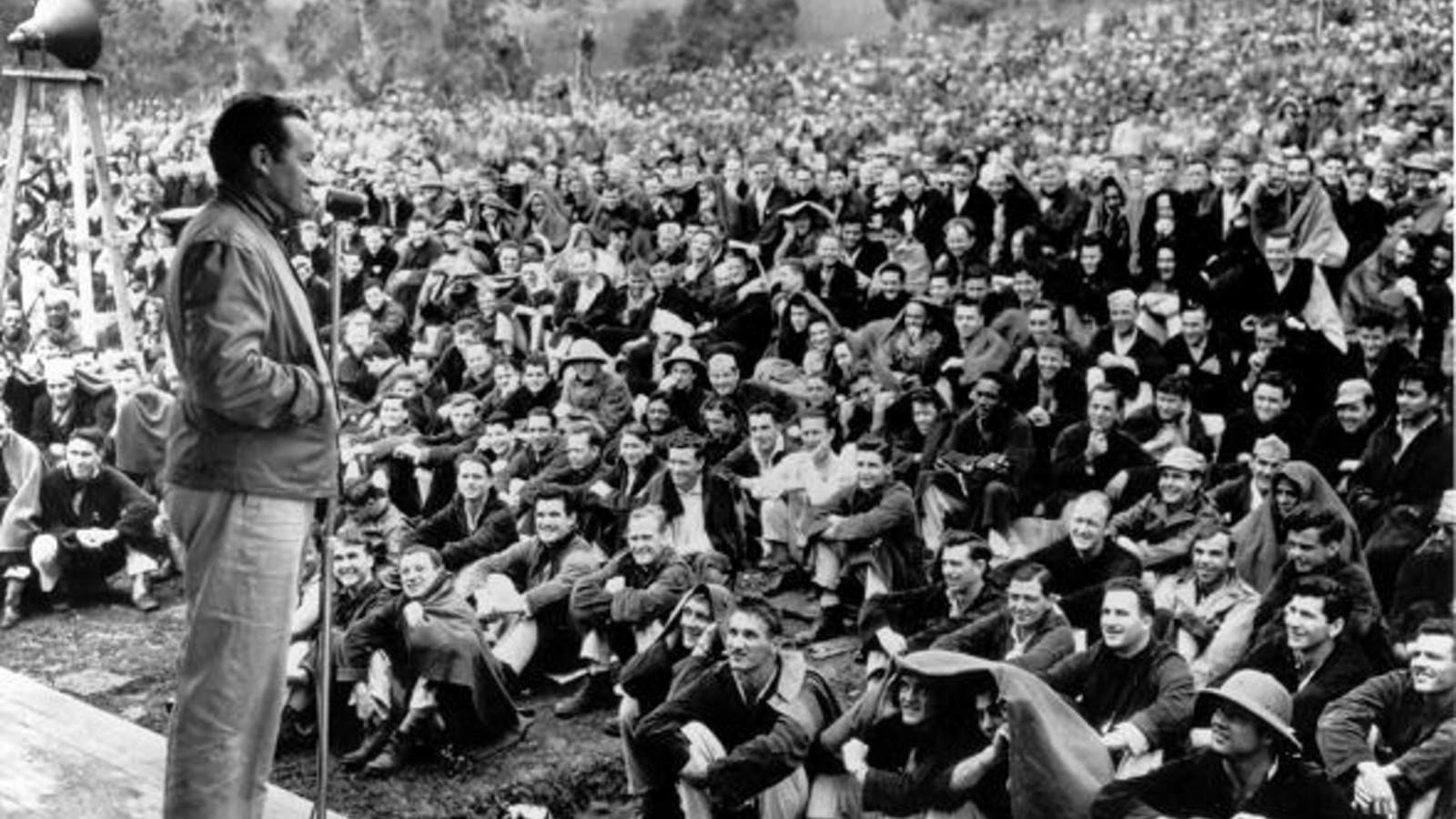 The namesake of our organization, Bob Hope was a legendary American entertainer, actor, showman, comedian and philanthropist. On May 6, 1941, he performed his first USO Show at March Field in Riverside, California, to do a radio show for the airmen stationed there. For nearly six decades, wherever Bob Hope went to entertain the troops, from the deserts of North Africa to Alaska to the jungles of Southeast Asia, he represented home. And, for an hour or so, troops were home with an old friend and comrade.

His signature shows included Hollywood performers, comedians, singers, actors and actresses, and led the way for celebrities of every kind to commit to giving their time and talent to service men and women around the world. Hope entertained until December 1990, when he brought laughter and Christmas cheer to troops participating in Operation Desert Shield in Saudi Arabia and Bahrain on his final USO tour. The media dubbed him “America’s No. 1 Soldier in Greasepaint.” To the GIs, he was “G.I. Bob” and their hero.

Listen to Bob Hope’s first show for the troops at March Field on May 6, 1941: